Background: Diagnosis of AF-induced cardiomyopathy can be challenging and relies on ruling out other causes of cardiomyopathy and, after restoration of sinus rhythm, recovery of left ventricular (LV) function. The aim of this study was to identify clinical and echocardiographic predictors for developing cardiomyopathy with systolic dysfunction in patients with atrial tachyarrhythmia. Methods: This retrospective study was conducted in a large tertiary care centre and compared patients who experienced deterioration of LV ejection fraction (EF) during paroxysmal AF, demonstrated by precardioversion transoesophageal echocardiography with patients with preserved LV function during AF. All patients had documented preserved LVEF at baseline (EF >50%) while in sinus rhythm. Results: Of 482 patients included in the final analysis, 80 (17%) had reduced and 402 (83%) had preserved LV function during the precardioversion transoesophageal echocardiography. Patients with reduced LVEF were more likely to be men and to have a more rapid ventricular response during AF or atrial flutter (AFL). A history of prosthetic valves was also identified as a risk factor for reduced LVEF. Patients with reduced LVEF also had higher incidence of tricuspid regurgitation and right ventricular dysfunction. Conclusion: In ‘real-world’ experience, male patients with rapid ventricular response during paroxysmal AF or AFL are more prone to LVEF reduction. Patients with prosthetic valves are also at risk for LVEF reduction during AF/AFL. Finally, tricuspid regurgitation and right ventricular dysfunction may indicate relatively long-standing AF with an associated reduction in LVEF.

Data Availability Statement: The data that support the findings of this study are available from the corresponding author upon reasonable request.

Support: Funding: This study did not receive any specific funding.

LV systolic dysfunction associated with AF-induced cardiomyopathy is thought to be secondary to many different possible aetiologies, such as poor ventricular rate control and irregularity of the ventricular response. Loss of atrial systolic activity combined with a loss of atrioventricular (AV) synchrony is associated with impaired diastolic filling and elevated diastolic atrial pressure.5,6 In animal models, rapid ventricular pacing results in severe biventricular systolic dysfunction with an increase in LV and right ventricular (RV) filling pressures, decreased cardiac output and increased systemic vascular resistance without changes in LV mass, but with evidence of LV dilatation and diminished contractile reserve.5,7–9 The irregularity of the RR interval, which is pathognomonic in AF, is another aspect that may itself predispose to cardiomyopathy and heart failure, apart from the effects of a rapid heart rate.10 A previous study evaluating different types of tachycardia-mediated cardiomyopathy with reduced LV ejection fraction (LVEF) showed that in focal atrial tachycardia, younger male patients with a slower ventricular rate and incessant tachycardias were more prone to develop ventricular dysfunction.11

The aim of the present study was to identify clinical and echocardiographic predictors for the development of new LV systolic dysfunction in patients with paroxysmal/persistent AF or atrial flutter (AFL).

This was a retrospective study conducted in a large tertiary care centre. Patients known to have normal LV function in SR and who, during an episode of paroxysmal/persistent AF or AFL, had evidence of LV dysfunction were compared with patients who did not develop reductions in LVEF during atrial tachyarrhythmias. This study was approved by the Institutional Review Board at Rambam Health Care Campus. The need for written informed consent was waived because of the retrospective nature of the study.

All patients had symptomatic AF with palpitations, shortness of breath and/or chest pain no longer than 1 month before admission, and all had successful cardioversion and a return to SR. The duration of AF is based on patients’ reports of symptom duration. For patients with reduced LVEF during AF/AFL, LV dysfunction was presumed to be AF related after excluding other causes of dilated cardiomyopathy during hospitalisation. This was presumed according to the documentation summary at discharge from the treating cardiologist, excluding coronary disease and other triggers for new LVEF reductions. In addition, in the group in which LVEF was reduced during AF, improvement in LV function was documented in follow-up echocardiography.

Regarding the type of AF, based on documentation of SR in the previous year, we can assume that most, if not all, patients had paroxysmal/persistent AF or a new diagnosis of AF.

Our cohort of patients included all patients who underwent transoesophageal echocardiography (TOE) to rule out left atrial appendage thrombus before cardioversion (electrical or pharmacological) or AF ablation (pulmonary vein isolation). Patients with a previous history of LV systolic dysfunction or dilated cardiomyopathy during SR were excluded (n=88). In addition, 112 patients were excluded in the group with LVEF reduction because no information was available about LV function while in SR in the year before the cardioversion. Another patient from this group was excluded because follow-up LV function data after cardioversion were unavailable.

Demographic (age, sex), comorbidities and echocardiography data were retrieved from the patients’ electronic medical records. Comorbidities data included smoking history, hypertension, diabetes, hyperlipidaemia, ischaemic heart disease based on previous coronary angiography, alcohol use, major valvular disease, a history of valvular surgery and a history of AF. Echocardiography data included data retrieved from TOE: LV and RV function, LV dimensions and thickness, left atrial size, valvular disease, spontaneous echocardiography contrast and the presence of a left atrial appendage thrombus. These parameters were described semiquantitatively; therefore, chamber function and size were graded categorically as normal, mild, moderate and severe. LVEF data for the group with reduced LVEF was retrieved from examinations performed up to 1 year before and up to 1 year after the index hospitalisation.

LV function on TOE during AF/AFL was defined as normal if LVEF was >50%, and the grade of LV dysfunction as categorised as mild, moderate and severe if LVEF was 45–49%, 30–44% and <30%, respectively. LV and RV function were estimated visually as recommended in previous studies that demonstrated that this method is precise and less time consuming.12

Baseline characteristics were summarised using descriptive statistics. Categorical variables were compared using Pearson’s χ-squared test or the Fisher exact test, whereas continuous variables were compared using the t-test or the Mann–Whitney U test, as appropriate. Variables that were significant in univariate analysis (p<0.05) were entered into a multivariate backward stepwise logistic regression analysis. Variables not contributing to the model’s predictive ability were excluded from the final model. Two-sided p<0.05 was considered to be statistically significant. Non-normally distributed quantitative variables are presented as the median with interquartile range (IQR). Data analyses were conducted using SPSS version 23.0.

In all, 1,551 TOE examinations were performed between 1 April 2011 and 31 December 2019 in our medical centre (Rambam Health Care Campus) for patients experiencing paroxysmal/persistent AF or AFL. Among these, 682 patients underwent TOE in order to rule out left atrial appendage thrombus before cardioversion or ablation. Two hundred patients were excluded from the study: 112 patients in the reduced LVEF group who did not have documented preserved LVEF during the previous year while in SR and 88 patients who had previously documented reduced LVEF (<50%). Thus, 482 patients were included in the present study (Figure 1).

As indicated in Table 3, the rates of hospitalisations and mortality at 1 year were similar in the two groups.

This study examined a cohort of patients hospitalised for AF/AFL with rapid ventricular response. Approximately one-fifth of patients with normal LVEF in SR at baseline (up to 1 year before the index hospitalisation) had reduced LV systolic function and 15% of patients had a concomitant reduction in RV function (Table 2), as demonstrated on precardioversion TOE. In addition, this study showed that compared with patients without LV dysfunction, patients with LV dysfunction during atrial tachyarrhythmias presented with more rapid ventricular rate, had more prevalent severe tricuspid regurgitation and had a history of valvular surgery replacement. We did not find any differences between the two groups regarding clinical endpoint, mortality or rehospitalisations for AF or acute decompensated heart failure.

The relationship between AF and the myocardial structural abnormality that will lead to LV dysfunction can be the cause or effect of the tachyarrhythmia. AF has many effects on cardiac function and cavity size that have been well described in animal models, but with less data in humans, with these effects mitigated by neurohormonal, cell signalling and remodelling mechanisms.4,13,14 The deleterious effect of AF on myocardial function can be more pronounced with biventricular dysfunction. The pathophysiology of RV dysfunction is probably the same as that of LV dysfunction but more prominent at higher ventricular rates because, in the present study, a higher median heart rate was significantly associated with reduced LVEF in both univariate and multivariate analyses (Tables 2 and 4).

The effect of atrial tachyarrhythmias with rapid ventricular response presented in this study was first described by Whipple et al. in 1962 while pacing animal atria.15 As mentioned before, the effect of AF on LV function is compounded by its irregularity and its rate conducted through the AV node.16 The rate itself increases metabolic demand and impairs haemodynamics, as shown in animal models leading to heart failure.17–19 However, controlling rate is not enough to improve the incidence of heart failure.20,21

This study also identified prosthetic valves as an independent risk factor for reduced LVEF (Table 4). Patients with prosthetic valves are more likely to have atrial and ventricular myocardial pathology due to the progression of valvular heart disease preceding replacement, as well as the postoperative effects of open heart surgery. Perhaps a more aggressive preventive rhythm control approach should be adopted in these patients (e.g. Maze procedure during surgery, postoperative AF/AFL surveillance).25

Regarding clinical endpoints, we did not find any differences in mortality or hospitalisations between the two groups (Table 3). However, this study is underpowered for these endpoints, which may change with larger cohorts and prolonged follow-up. Nonetheless, the findings may indicate that rhythm control is, indeed, the correct way to treat patients with AF and reduced LVEF and for proving AF was the cause of the reduction in LVEF.

The present study was retrospective in nature and focused on a selected group of patients. The cohort did not include patients with AF who were treated with rate control medications and therefore did not undergo TOE. Furthermore, we relied on TOE assessment of LVEF, which is less accurate than transthoracic echocardiography.

The major limitation of this study, similar to all other AF studies, is the relatively unknown exact timing of arrhythmia onset. It is reasonable to assume that some of the patients who did not develop LVEF reduction had AF for a shorter period of time.

Finally, because this is a cross-sectional study, causation cannot be definitely inferred.

In ‘real-world’ experience, male patients with a rapid ventricular response during paroxysmal AF or AFL are more prone to LVEF reduction. Patients with prosthetic valves are also at risk of LVEF reduction during AF/AFL. Finally, tricuspid regurgitation and RV dysfunction may indicate relatively long-standing AF with an associated reduction in LVEF. 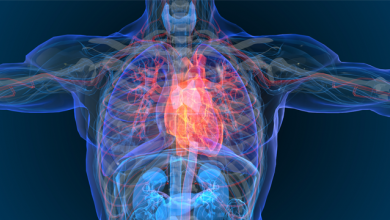 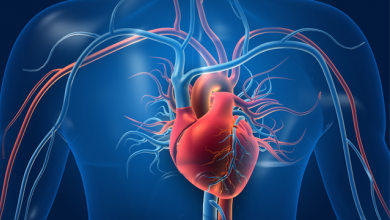 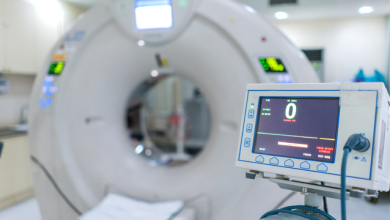 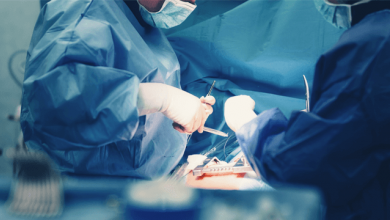