We congratulate Nadar and Shaikh for their excellent review of the use of biomarkers in heart failure (HF), as well as the new biomarkers currently under investigation.1

Red blood cell distribution width (RDW) is a measure of the heterogeneity of distribution of red blood cell size. A high RDW implies a large variation in red blood cell (RBC) size (anisocytosis) and a low RDW implies a more homogeneous population of RBC sizes. RDW is routinely assessed as part of complete blood count and is calculated as RDW = (standard deviation/MCV) × 100, with reference values approximately 11–15%.2 RDW in combination with mean corpuscular volume (MCV) has been used for the classification of anaemias.3 RDW elevation is associated with conditions of impaired haematopoiesis, such as nutritional deficiencies (iron, folate, vitamin B12), some haemoglobinopathies, myelodysplastic syndrome, myelophthisic anaemia (e.g. neoplastic metastases to bone marrow) and liver impairment, as well as in conditions of increased red cell destruction, such as haemolysis, or when different populations of RBC are present, such as after blood transfusion.4

High RDW is an independent predictor for the development of anaemia during hospitalisation due to acute MI in patients without previous anaemia.10 Moreover, RDW >14.9% is associated with increased major bleeding risk (HR 2.41, 95% [CI 1.15–5.02], p=0.02) in non-ST-segment elevation MI (NSTEMI). The addition of RDW to the Can Rapid risk stratification of Unstable angina patients Suppress ADverse outcomes with Early implementation of the ACC/AHA guidelines (CRUSADE) bleeding score had a significant integrated reclassification improvement of 10% (95% CI [6–19]; p=0.02).11 Similarly, another study showed that RDW was a predictor of major bleeding and that with the addition of RDW as a continuous variable to the National Cardiovascular Data Registry risk model, net reclassification improvement increased by 17.3% (95% CI [6.7–28]; p=0.02).12

Secondary analysis from the Justification for the Use of Statins in Prevention (JUPITER) trial revealed that RDW was associated with all-cause mortality.15 In the United Investigators to Evaluate Heart Failure (UNITE-HF) registry, elevated troponin T was an independent predictor for all-cause mortality and hospitalisation for HF, and detectable troponin T was directly and independently related to increasing RDW.16

In the Pro-Brain Natriuretic Peptide Investigation of Dyspnea in the Emergency Department (PRIDE) registry, in patients with complaints of dyspnoea to the emergency department, RDW was independently associated with haemoglobin, use of loop diuretics and beta-blockers on presentation but not with nutritional deficiencies; in a multivariable analysis, RDW was a significant independent predictor of 1-year mortality and haemoglobin was not.17 In patients with acute HF, those with high RDW received loop diuretics and oral anticoagulation more often, and high RDW was associated with increased all-cause mortality in patients with preserved left ventricular ejection fraction (LVEF).18 In patients with acute HF, baseline RDW level was associated with a higher risk of death in long-term follow-up regardless of haemoglobin levels and anaemia status.19

In contrast, RDW is a parameter with a sensitivity of 94% for iron deficiency, and an RDW value within the reference interval can be used to exclude iron deficiency in cases in which the serum ferritin concentration does not accurately reflect the iron stores owing to severe tissue damage, as in inflammation or malignancy.22 In the Ferinject Assessment in Patients with Iron Deficiency and Chronic HF (FAIR-HF) study, a subanalysis revealed that high RDW was associated with decreased transferrin saturation and increased C-reactive protein, and that treatment with IV ferric carboxymaltose in iron-deficient chronic HF patients decreased RDW (Table 1).23

Belonje et al. showed that in patients hospitalised for HF, those with higher erythropoietin levels at baseline were independently related to increased mortality at 18 months (HR 2.06, 95% CI [1.4–3.04]; p<0.01).24 Ycas et al. showed that the largest changes in RDW (change in RDW >2%) were observed after following diagnoses of acute renal failure, septicaemia, acute post-haemorrhagic anaemia, pulmonary insufficiency and pleural effusion, suggesting that RDW is a biomarker of ineffective erythropoiesis and possibly hypoxaemia.25 Hypoxia affects the regulation of erythropoiesis; hypoxia-induced factor-1-alpha may enhance or replace the effect of glucocorticoids on burst-forming unit-erythroid self-renewal and production of colony-forming unit-erythroid and the erythroblasts are enhanced approximately 170-fold.26

RDW is a parameter included in routine full blood count. It is feasible, quick and easy to obtain at the bedside, and is becoming a handy prognostic marker in patients with HF, indicating the advance of ineffective erythropoiesis, impaired ability to utilise available iron, inflammation and hypoxia. The European Society of Cardiology HF guidelines suggest the use of IV ferric carboxymaltose for patients with iron deficiency (serum ferritin <100 µg/l or ferritin 100–299 µg/l and transferrin saturation <20%) with an indication IIa-A.27 RDW could also be used as a marker of response to iron substitution in patients with HF. 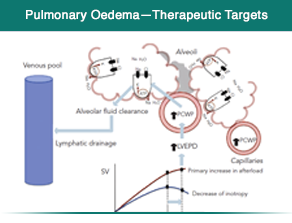 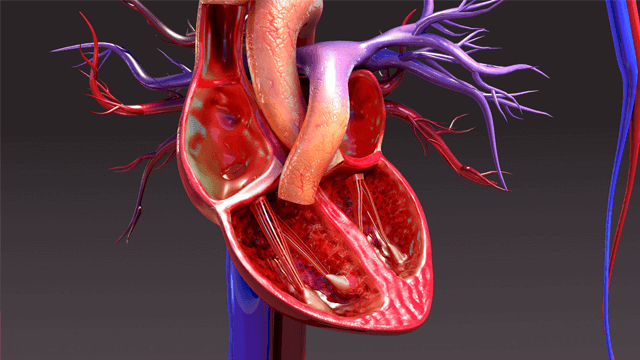 The Science of Ultrasound Renal Denervation