CONFIRM-HF – Targeting for Improvement in Exercise Capacity in Heart Failure

Support: Vifor Pharma funded a writer to attend the symposium and develop this manuscript accordingly.

ID is a frequent co-morbidity in stable HF and in patients admitted to hospital due to HF worsening.3,6,21,22 Its association with impaired exercise capacity, poor QoL and increased mortality, irrespective of anaemia,3–5 make it an attractive therapeutic target – a hypothesis that has recently been tested in clinical studies.22 Several options are available for the correction of ID. Blood transfusion is generally not recommended since it is associated with high mortality and a lengthy stay in hospital;23 its use should be reserved for life-threatening emergency situations. Erythropoiesis-stimulating agents (ESA) are used mainly to correct anaemia. In the Reduction of Events with Darbepoetin alfa in Heart Failure (RED-HF) study, a randomised, double-blind trial on anaemic patients with chronic HF (n=2,278), correcting anaemia with darbepoetin alpha did not lead to improvement in survival nor clinically meaningful change in QoL.24 Furthermore, patients treated with darbepoetin alpha had an increased risk for thromboembolic adverse effects.24 One potential explanation of the neutral treatment effects on the outcomes could be due to the fact that ESA therapy can further exacerbate ID by stimulating the production of red blood cells, which requires a large amount of iron. Therefore, there could be a subpopulation of patients included in the RED-HF study with underlying untreated ID based on the current definition of ID in the ESC Guidelines for HF. Post hoc sub-analysis investigating the association between ID and the outcomes in the RED-HF trial is undergoing.

Another option for correcting ID is iron therapy, which may be administered by oral or i.v. routes. There is no evidence for the clinical benefits of oral iron supplementation – studies comparing oral iron with ESA in patients with HF and anaemia found no clinically meaningful benefits associated with such combination.25–29 A recent pilot study (n=18) suggested that i.v. and not oral iron improves exercise capacity in HF patients.30 Early clinical studies have also demonstrated the efficacy of i.v. therapy but were either single-arm, open-label studies with a short-term follow-up or small sample size.31–34 A larger, randomised, double-blind, placebo-controlled trial was therefore needed. Therefore, the FAIR-HF (n=459) trial was performed and showed that treatment of HF patients with i.v FCM in patients with chronic HF and ID, with or without anaemia, improved symptoms, exercise capacity and Qol at six months, including significant improvements in self-reported patient global assessment (PGA), NYHA functional class, six-minute walk test (6MWT), Kansas City Cardiomyopathy Questionnaire (KCCQ) overall score and EQ-5D visual analogue scale (VAS) score.22 Improvements were seen from week 4 onwards irrespective of whether or not the patients were anaemic.

In order to broaden the evidence in support to treat ID with i.v. iron in HF, it was necessary to replicate these findings in a further study, and also to evaluate different, more robust and objective endpoints, including safety endpoints as well as a longer follow-up. In addition, the FAIR-HF study employed repeated 200 mg doses, therefore an evaluation of higher single-dose (up to 1,000 mg) was needed. To address these questions, the CONFIRM-HF clinical trial was designed.

Patients who needed a blood transfusion were excluded from the study. The methodology involved blinded and unblinded personnel and the usage of curtains and black syringes for injections, to mask the brownish colour of FCM. Treatment involved a correction phase (given as 1–2 i.v. injections of 500–1,000 iron as single dose treatment (500 mg) continued (at weeks 12, 24 and 36) if ID was not corrected. The primary endpoint was the change in 6MWT distance from baseline to Week 24. Key secondary endpoints included the 6MWT distance at Week 6, 12, 36 and 52; PGA score, NYHA class, KCCQ, EQ-5D and fatigue score at Week 6, 12, 24, 36 and 52. Outcome-related secondary endpoints included hospitalisation rate (all hospitalisation, for any cardiovascular [CV] reason, due to worsening HF); time to first hospitalisation (all hospitalisation, for any CV reason and due to worsening HF); and time to death (any death, death for any CV reason and due to worsening HF).35 At Week 24, there was an increase in 6MWT distance by 18 ± 8 m in the FCM group, whereas in the placebo group 6MWT distance decreased by 16 ± 8 m (both least squares mean + standard error [SE]). It resulted in a significant increase in 6MWT distance at Week 24 in FCM by 33 ± 11 m (least squares mean ± SE) compared with placebo (p=0.002, see Figure 4), a treatment effect that had only previously been seen for cardiac resynchronisation therapy. In all subgroups examined, including those patients with and without anaemia, the treatment effect was preserved. The improvement in exercise capacity was striking in that it was reported not only at 24 weeks, but also at 36 and 52 weeks, with a sustained improvement in fatigue score also observed. Throughout the study, improvements in other secondary endpoints in patients treated with FCM were detected with statistical significance observed from Week 24 onwards. Treatment with FCM was associated with a significant reduction in the risk of hospitalisations for worsening HF (hazard ratio [95 % confidence interval]: 0.39 [0.19–0.82], p=0.009; see Figure 5). The number of deaths (FCM: 12, placebo: 14 deaths) and the incidence of adverse events were comparable between both groups.35

In conclusion, the CONFIRM-HF trial demonstrated that in symptomatic patients with chronic HF and ID treatment with i.v. FCM over one year resulted in sustainable improvements in exercise capacity, symptoms and QoL and may be associated with a reduced risk of hospitalisations due to worsening HF. Further studies are planned and ongoing, including a meta-analysis, the EFfect of Ferric carboxymaltose on Exercise Capacity in PaTients with iron deficiency and chronic Heart Failure (EFFECT-HF), iron in Congestive Heart Failure (iCHF)36 and the Ferric Carboxymaltose Assessment in Patients With IRon Deficiency and Chronic Heart Failure with preserved ejection fraction (FAIR-HFpEF) studies.37 Based on current data, a suggested treatment algorithm has been proposed (see Figure 6).

Suggested Treatment Algorithm for Iron Deficiency in Heart Failure, Based on Evidence from Clinical Trials 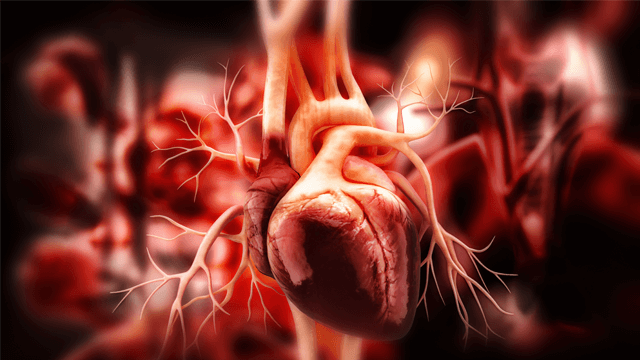