ESC Congress – Prof John McMurray (University of Glasgow, UK) joined us to discuss the finding of the PERSPECTIVE trial (NCT02884206).
The trial assessed whether the angiotensin receptor-neprilysin inhibitor (ARNi), sacubitril/valsartan (Novartis) has any negative impact on cognitive function in people who have heart failure with preserved ejection fraction (HFpEF) when compared with HFpEF patients taking valsartan alone.

Questions
1. What is the background for the PERSPECTIVE trial?
2. What was the design and outcomes?
3. What were the challenges?

- So my name's John McMurray from the University of Glasgow in Scotland, in the United Kingdom.

What is the background for the PERSPECTIVE trial?

Prof John McMurray
The background to the PERSPECTIVE trial was a concern that the sacubitril part of sacubitril valsartan might cause problems with cognition and even could cause dementia. And why was that? Well, sacubitril is an neprilysin inhibitor. And neprilysin is one of several enzymes that break down amyloid beta peptides in the brain. And some of these peptides are neurotoxic and are associated with the development of Alzheimer type dementia. So potentially during long term treatment with sacubitril valsartan you could cause accumulation of these neurotoxic peptides.
Now this was a theoretical concern, but nevertheless we felt that we had to test the safety of sacubitril in relation to cognitive function and brain amyloid deposition. And we did that in the PERSPECTIVE trial.

What was the design and outcomes?

Prof John McMurray
So, this was a study of 592 patients with heart failure and an ejection fraction above 40%. It was standard population of that type. Some people were excluded because of kidney dysfunction or high potassium or low blood pressure because they were getting a renal antithesis blocker. We also had to exclude some other patients because in this study, everybody got a brain MRI scan at baseline and during follow up and they also had a brain PET scan.
So we used PET imaging to look at amyloid deposition using a special radial tracer. So we excluded patients who had a contraindication or intolerance of MRI imaging.
And of course we find some patients who had brain pathology when we screened them.
So we had to exclude those patients. So these 592 patients were randomised to receive either sacubitril valsartan or valsartan. And they were each followed for three years. And over those three years we did serial cognitive function testing.
We had a very sensitive battery of tests of cognitive function. And we did this every six months for three years. We did brain imaging at baseline six at baseline 18 months and 36 months. And our primary endpoint was changing cognitive function over three years. And the main secondary endpoint was accumulation of amyloid beta peptide in the brain.

So what did we find? Well, we found absolutely no difference in cognitive function between sacubitril valsartan and valsartan. So neprilysin inhibition did not cause cognitive dysfunction and we saw no significant difference in deposition of amyloid in the brain.
We did see an increase in amyloid deposition over the three years, but it was not significantly different between sacubitril valsartan and valsartan, in fact, ironically there was a strong trend of borderline significance further to be less amyloid deposition in the sacubitril valsartan group.
So basically, we feel that we've excluded that concern.
That was always hypothetical because in fact there are about 20 different mechanisms for removal or prevention of amyloid accumulation in the brain. And neprilysin was only one. So there's what we call in biology redundancy. There's plenty of other mechanisms that could compensate for any potential accumulation of amyloid beta. So it was always hypothetical. And I think we have excluded it.

What were the challenges?

Prof John McMurray
PERSPECTIVE was a very challenging trial for two reasons. One is that we had to persuade patients to undergo serial brain imaging with all the implications of that.
We also had to persuade patients to do cognitive function testing with the potential implications of maybe finding that somebody had cognitive impairment or developed cognitive impairment. And of course, this was a safety study.
So, we were telling patients that this treatment might cause cognitive impairment. We didn't believe it, but we had to be sure. So, patients really had to put their trust in us and they really did. It was remarkable. And then of course the other major challenge was finding centres where neurologists and cardiologists would work together and had the facilities.
Positron emission tomography PET imaging is not easy to do is not done in many places. So we had to get a network of centres together.
And then lastly, of course the COVID 19 pandemic came along and made it even more complicated. But we did it, we did it because we had wonderful investigators and we had amazing patients. 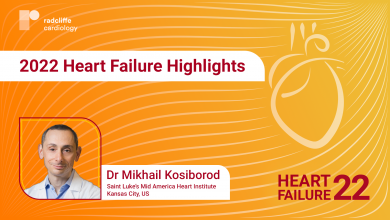 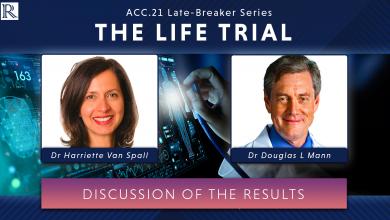 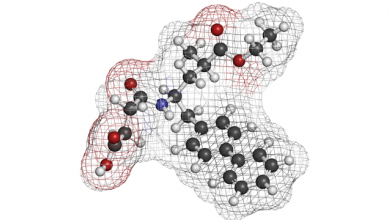 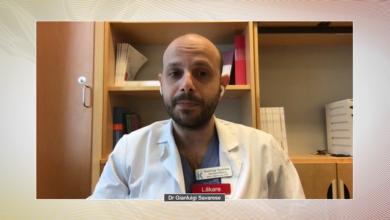 HFA 2020: Eligibility for Sacubitril/Valsartan in HF across the EF Spectrum